When a friend sent me this link from the local paper, I simply couldn’t refrain from writing a reply. 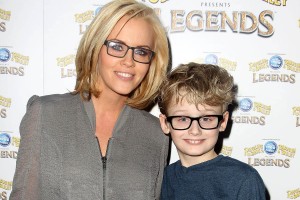 This Record article is a poorly researched and cynical emotional diatribe.  Jenny’s doing a good job with the incomplete information she has.  I deeply respect her unwillingness to swallow the “party line”, the misinformation that our medical system has been promulgating to the benefit of drug companies, and the utter neglect of the underlying reasons for all chronic illnesses (cancer, lupus, diabetes, heart disease, Lyme’s, allergies, autistic spectrum disorders, etc.).  Wakefield’s vaccine research has been both repeated and vindicated, as well as added to.
While vaccines don’t cause autism any more than high fevers, inflammation, or poor air quality in pregnancy (all of which are similarly linked to autism incidence), chronic illness is a result of too many stressors accumulating.  When a body is exposed to too much of one or more kinds of stress, there is a drop in functioning (health, thinking memory, emotional stability, pain levels).  When those stressors are removed, the body’s natural ability to heal can take over.
The crux of the problem with Joel Rubinoff’s article is that it is based on the outdated model of autism:  that it’s an incurable neurological disorder (and if you’re really lucky, the consulting health professional will mention the associated chronic health issues).  In this model, the only improvements possible are through intensive rote training such as ABA and IBI, or suppression of undesired symptoms through the use of drugs and other restraints.  For many years, those of us who recovered from autism were discounted.  If we recovered, then our diagnosis was wrong; we’d obviously never had autism in the first place because no-one recovers.  This had effectively broken the chain of communication.
However, Dr. Martha Herbert, a leading Harvard medical researcher, was willing to break that silencing.  The emerging model of autism (to which she has significantly contributed) makes sense of both the experience of autism itself, and the experience of autism recovery for those of us fortunate enough to have made it out of the fog.  This emerging model, with cutting-edge research backing it up, clearly shows that:
Autism is caused by its associated chronic health problems (1 – brain and nervous system injury, 2 – unresolved trauma, 3 – impaired immune function, 4 – gut dysbiosis, 5 – impaired detoxification).  The symptoms of ‘autism’ can be alleviated to the degree that these underlying health problems can be mitigated or healed.  Lifestyle changes are essential; without them, most autistics will not respond effectively to treatments (read, you’ll waste a lot of money and resources), since the current North American lifestyle is too far from the optimal range of tolerance for too many factors.
I welcome Joel or anyone else to read my research.  It’s been 37 years since I discovered that my environments, and my choices, could make a huge impact on my thinking and memory, pain levels, and emotional stability, and used this discovery to turn my life into a science project of trial, error, and hunting of relevant health research. Initially I followed the symptoms, as the word “autism” was as suppressed in my family as they wished my symptoms were.  A nurse handed me information about autism at 23, a full six years after I had begun reading the science journals for clues of what to try next.
The diagnostic criteria fit me to a “T”, but the proposed treatments were a horror show.  If I lose 12 seconds of reaction time to a single Tylenol, I’ll leave to your imagination what other pharmaceuticals do to me and other autistics whose body chemistry is off.  So I went to learn from other autistics to see if I was an anomaly.  My experiences of being enabled or debilitated by environment and choice were the norm, not the exception.  What’s more, the experiences of what helped or hurt were consistent among us, though they varied according to each person’s unique blend of autistic root causes.
It took another 20 years of trial, error, advocacy, and research to finally get to a place where my need to have a diagnosis to show people I really did know autism intimately got larger than my fear.  My diagnosis of “Asperger’s” came several years ago.  Recent history — and current events — make it very clear that having an official diagnosis as a ‘mental defective’ can be extremely hazardous to one’s human rights, never mind one’s safety, quality of life, or even right to life (Belgium is even now debating euthanasia of autistics).
However, I just had to try to get more effective at turning this rising incidence of autism around.  We now know how to prevent autism (along with a host of other chronic diseases), and we now know how to optimize the gifts, and minimize the challenges when autism does occur.  Full recovery is rare.  Most of us with camouflaged ASDs make careful accommodations to maximize our ability to integrate.  But most autistics never get healthy enough to be able to camouflage and integrate in the economy, because we cannot get the health support we need.
No child deserves to be born into the pain and confusion which I and other autistics have experienced.  No being deserves to be left in pain and confusion without help.  It’s time we stopped suppressing the science, suppressing those who recover, and suppressing the very real expressions of pain and stress that we call the symptoms of autism.  Jenny McCarthy went to battle for her child.  I could care less that her model is incomplete.  I am fiercely glad she didn’t choose to do what our medical system currently encourages, which is to blame the victim.