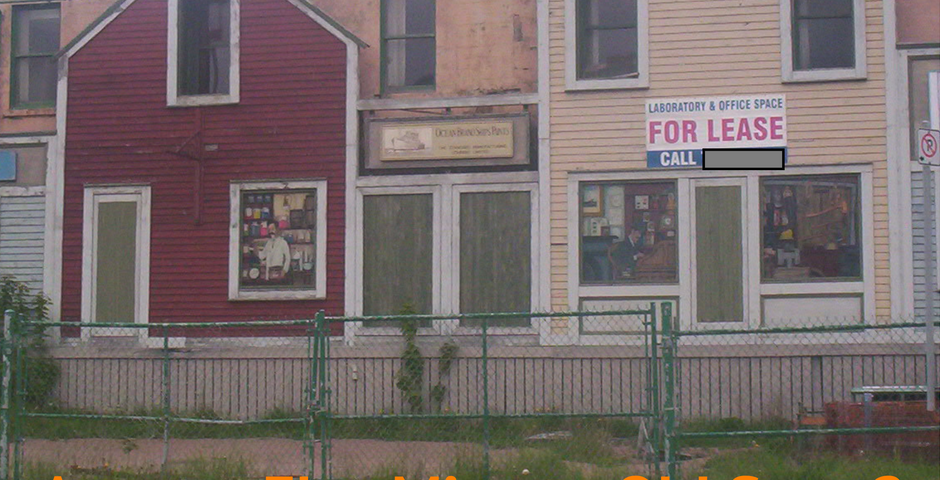 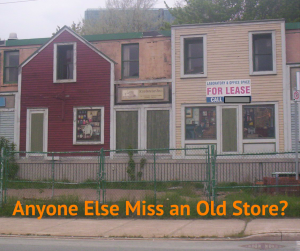 What on earth could mourning the many-years-ago passing of a sports store have to do with autism?

Bear with me. There are a bunch of factors.  But they essentially amount to:

When I first began acquiring my own equipment for working and playing outdoors at age 16, ABC Sports Store on Yonge St. in Toronto was my favourite place to get gear.

ABC wasn’t a large place (at its biggest, it was the width of two small old-city store-fronts).

ABC wasn’t a flashy place (the high ceilings allowed gear to be stashed from floor height to well above reach, and dust bunnies weren’t strangers).

ABC wasn’t a trendy place (the latest colours weren’t their concern; instead, they focused on function and durability).

But ABC cared.  They chose their goods after testing out what was there (and often improving on existing designs in their own little manufactory).  They chose their staff for knowledge.  They took the time for things like showing you how to keep a fritzy tent zipper holding the bugs out until you could get it fixed or replaced.

You know.  They did the kind of stuff that has you sending blessings their way for YEARS after the store has closed.

Autism and the Use, Design, and Maintenance of Gear

Where do the materials come from, in your outdoor gear?  Are they derived from petrochemicals (nylon, polyester, fibrefills, etc>)?  What are the wastes from manufacturing them?

And how long do they last?  I’ve got a knapsack from ABC sports store that’s still going strong after 3 zipper replacements, and a summer sleeping bag that still sees me through indoor and couch-surfing adventures handily.  Both were purchased in the late 1970s. Let’s see… that’s almost 40 years of use.

If your old gear IS being recycled, what are the waste products in air, water, and soil that aren’t getting rebuilt into living ecosystems, and how far from its original usage are the secondary uses?  Can it be re-used for the same purposes, cradle-to-cradle?

If your old gear isn’t getting recycled, why not?  And what impact is this having on the air, water, and soils which are under increasing struggles to sustain the conditions that maintain our health?

Judith Bluestone (neurological expert and autistic spectrum adult) had the same experiences I’ve had with synthetic (plastic) fabrics.  They disrupt our electrical signals, our cell communication, and we feel off-kilter when wearing them.

There are a couple of reasons this autistic experience with wearing synthetics might be so.  First, plastics are insulators, and there is increasing evidence that we’re meant to jive with the earth’s electromagnetic field — and that when we don’t, there are mental, emotional, and physical health consequences.

As a woman, it’s getting harder to find any kind of wear (including outdoor wear) that isn’t partly if not entirely synthetic.  In contrast, ABC had leather boots with rubber soles, wool socks and sweaters, canvas tents (until nylon started to replace these), oiled cotton rain gear, and other stuff that didn’t smell like too many plastic bags in one place.

Second, every one of us autistics that the Autism Research Institute has tested have demonstrated that we have impaired detoxification, and much higher toxic body burden than is normal in the rest of the population.

Dr. Claudia Miller’s book about TILT (toxicant induced loss of tolerance) explains that when we’re over-exposed to certain classes of chemicals, our likelihood of having adverse reactions goes way up when our accumulation of these chemicals crosses certain critical thresholds.  Petrochemicals (which these clothes are made from) are a likely over-exposure because of how many of them we use.

In addition, most of ABC’s gear could be trusted to compost when it finally stopped being useful.  However, it was designed to last.  The 3 high-quality cotton turtlenecks I acquired at that store lasted me up to 20 years — recent ones from Marks’ Work Wearhouse didn’t last a year before the neck stitching began to fall apart.

Even given that these turtlenecks are cotton and will compost (assuming the GMO pesticides in every cell of cotton don’t stymie the bacterial and fungal recyclers), what cost to the environment does a 1-year turtleneck have that a 20-year one spreads out over time?  And what kind of impacts are the cotton GMOs having on me through my skin?

I love spending time in nature, especially wilderness.  It is a constant thorn in my side that it’s so hard if not impossible to find outdoor gear that isn’t actually harming the environment I love… and isn’t harming me, or causing harm to others like me.

Autism and How We Sell or Purchase Outdoor Gear

Most of us who have autism have heightened sensory perception for one or more senses.  We may see more differentiations in colours.  If we aren’t tone deaf, we often have perfect pitch.  We often notice smells faster than anyone else being exposed.  We may feel the seams and tags in our clothing the way other non-autistics might notice a new shoe rubbing a blister.

Many modern warehouse-type stores are a sensory nightmare when you’re taking in more sensory information, from the echoing spaces and background “muzak” to the flickering fluorescent lights; from the massive, mapless layouts to the milling crowds; and from the toxic, synthetic “new smell” fabric finishes to the “air freshener” in the bathrooms.

The loss of small, neighbourhood stores has hit us autistics particularly hard, because the big-box alternatives are just so much more painful from sensory overload to toxin-intake.

NOTE:  The fastest path into the bloodstream is through the airways (think asthma inhalers).  Autistics, who have high inflammation, invariably have impaired gut-blood barriers, which means the blood-brain barrier is also compromised.  As a result, anything getting into the bloodstream is affecting the brain within seconds.  Fragrances, which dissolve into our bloodstream, are in the same class of chemicals as neurotransmitters (the chemicals our nerves and brain use to communicate) and many are also hormone mimics (hormones are the chemicals our body uses to keep its systems in balance).  Non-autistics usually experience relief immediately on return to fresh air, and have no idea how much this effect is magnified for those of us with autism.

As a result, we autistics tend to want to get into big box stores fast, and get out of there fast — or not go near them at all.

Autism and the Support of Community Business and Customers

In contrast, franchise owners for big-box stores are driven by profit expectations from elsewhere, and cannot afford to take actions such as setting aside one quiet morning per month as a fragrance-free time for autistics and other chemically-sensitive people to visit (the way a local hair-cutting spa sometimes does).

Franchise owners for big-box stores can rarely take the time to get feedback from their customers at all.

Finding help in a big-box store is by guess, by golly, and by luck, even when you go just before their high-volume sales times begin.  And the help isn’t likely to be able to tell you much beyond where to locate the item you’re seeking.

In a big box store, you’d never get someone like ABC Sport Store’s Sam, who would smile and wave when he saw me, signal how many customers he’d have to see to before he could get to me, and take all the time I needed in his quiet, friendly store, explaining my choices, teaching me maintenance and repair tips, and generally helping me avoid costly mistakes and make enduringly helpful choices.

I feel fortunate in this area to be able to access places like Bailey’s Local Foods, Full Circle Foods, Hybrid Hair and Detox Spa, Ontario Seed Home Hardware (yes, Home Hardware is a franchise, but it’s made up of all the little neighbourhood hardware stores teaming together so the big guys didn’t put them out of business), and the Princess Cinema.

Do you know which of the businesses in your area are small enough to be responsive to the needs of people with extra sensitivity?  If you aren’t supporting them now, would you consider changing that, so those of us with autism will continue to have places we can go without undue trauma?

If you’re interested in decreasing autistic sensory sensitivities and reactivity to toxins, consider joining one of my Heal The Gut programs, or the Reach For Potential program to optimize the gifts and minimize the challenges of autism.