How Do You Tell Someone About Their Autism?

How Do You Tell Someone About Their Autism?

These responses are from an interview about how I discovered I was autistic.  I wrote the answers down for you, because I think this interview touches on something raw for us.  Is autism a disability?  Is it a label that will damage people’s chances?  Certainly, I know adults who have lost their jobs when they received their diagnosis.  But I also know adults who were extremely empowered by the discovery that they weren’t alone, they weren’t stupid, and the challenges they faced weren’t their “fault”. 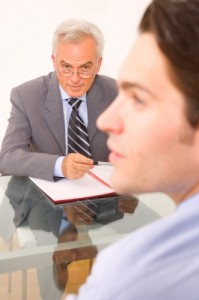 How were you first diagnosed, and what made the discussion difficult or successful?

A nurse in the family took a second look at me in my early 20s.  She found some materials written about spectrum adults (Autism in Computing) and an early book about pervasive developmental disorders.  She gave them to me to read, but didn’t tell me about her suspicions about me until I broached it with her, telling her that what they were writing about, that was me, my experience.  The conversation went very well because she worked with who I was as a person, and how I took in information most easily (reading), and because there was no labelling from the outside as though it were another term of abuse, which I’d had more than enough of through childhood.  Instead, my autism was something I could claim for myself from the perspective of seeing the gifts alongside the challenges.  It’s amusing to me that we are now come full circle, with autism being the original and informal diagnosis, Asperger’s being the official one… yet because this has been struck from the US diagnostic bible (yet nowhere else on earth) I am now again autistic, despite being a Canadian!

What part of the discussion helped you understand your autism better?

It was less a discussion than an opportunity to learn.  All the nurse in my family said was, “I thought you’d find that interesting”, and nodded, while I spilled all the things I’d read that resonated with my earlier experiences.  At this point I’m extremely grateful that I was not labeled earlier; the extensive misinformation I found when I immediately began searching the medical literature, and the ugly “treatment” regimens straight out of WW2 Nazi Germany’s experiments on dissidents, gypsies, Jews, and “mental defectives” like myself, might have done a lot worse, had they reached me before I knew just how much environmental adjustments could improve my cognition, pain levels, emotional stability, function, and sheer quality of life.  In many ways, western medicine seems like the least scientific of all the sciences, in the way that medical models are believed to be truth for years after there are more than sufficient data to create a better model.  It’s as though there is no recognition that it’s a scientific model, one that only stands until disproven, and then is replaced by something better.  I still cannot believe how long it has taken for the medical profession to get past its “anyone who sees improvements in functioning must not have had autism in the first place” bias.  Even now, there are so very few brave researchers consulting us spectrum adults!

What could have helped you understand your diagnosis better?

Frankly, I don’t think she could have done better, at the time.  It was better for me to go hunting through the medical and science journals (I had just completed 2 years of pre-meds), and then start looking for writings from other spectrum adults when I found the journal articles about autism worse than useless, and frankly, downright frightening.  Seeing what was being done to people who had been diagnosed with any “mental illness”, without their consent, was enough to send me far away from an official diagnosis until my advocacy work raised my determination to have the biggest impact I could above my fear of getting locked up, tied up, drugged, and operated on with no recourse.

What advice would you give to others to help them understand their ASD diagnosis?

First, our brains evolve in an adaptive way when they are under stress during key developmental stages. Autistic people have very similar brains to child prodigies and geniuses. The challenge is, this kind of adaptation (which is off-the-charts in pattern-recognition and problem-solving, in exchange for lowered satisfaction in social pursuits) leaves us more vulnerable to lack of cultural health on social, economic, and environmental levels.
Our autism challenges, to whatever degree we experience them, are a result of cultural lifestyle choices which have caused five types of injury, in any blend, in any one of us. These types of injury hit autistics harder, probably because our physiology has already been unbalanced by stress from such an early age. However, by adapting our lifestyles and creating home, recreational, and work environments that enable instead of disabling us, we can accommodate or heal these underlying health problems to live fulfilling and productive lives, valued for our contributions as extraordinary problem-solvers. That we are bio-indicators of poor cultural health and out-of-balance decision-making is not our fault, and we deserve every support in turning this situation around before every child develops in the autistic spectrum. Current projections predict that 50% of all children will be autistic by 2025.

What resources helped with this discussion?

First, there was a book written by non-judgmental and sympathetic therapists who weren’t blinkered by MD training around what autism was, or was not. While they were working with outdated models even then, they weren’t didactic or critical, but instead looking at what kinds of things helped.
Second, I already loved kids with ASD enough to read those materials, whether the information had anything to do with me directly or not.
Third, the internet was available in its infancy, and was already a place to meet and communicate with other adults in the spectrum. While many of those adults were bitterly angry at the scape-goating, abuse, isolation, and other horrible social ills we autistics tend to bear some of the brunt of, they shared many of my experiences in terms of what helped or what hurt our challenging symptoms, or freed our gifts, allowing me to feel less alone or crazy with an experience of autism so very different from what the medical journals presented.

What additional supports or resources would have helped with this discussion?

1) a holistic and preventive social medical system, that recognized the role of impaired nerve function, battered gut ecology, unresolved trauma, intoxication plus hangovers from environmental toxins, and immune collapse, and that remediated (instead of suppressing the symptoms with drugs, isolation, or behavioural conditioning) how each of these five injuries degrades mental, emotional, and physical functioning, as early in life as possible.
2) organized, facilitated, and local self-help groups for people with ASDs, to mentor, model, and encourage the reach for full potential, and share information that was too cutting-edge to be reflected in the mainstream (instead of up to60+ years behind)
3) a compendium of coping mechanisms (thank you, Judy Endow) and lifestyle adaptations to allow maximal function and healing (my work), to share with all people affected by ASD and their involved communities.

If you’re discussing a diagnosis with a child, what would or wouldn’t you do?

Do:
1) Introduce the child to positive ASD role models and mentors, even if they’re only electronically available.
2) Supply balanced and correct (not outdated!) information about the gifts, and the source of the challenges. Explain how their lifestyle has been moderated to the best of the family’s ability to maximize that child’s function and quality of life.
3) Be curious about the inner experience of ASD, and about what the child is understanding from the materials you share, so that misinterpretations can be cleared up quickly.
4) Avoid judgment, criticism, or scapegoating. Name these for what they are (ugly social coping mechanisms for lack of truth, equity, and integrity) and model having only clean energy around your use of the diagnostic words.
5) Provide a way for the individual to claim the diagnosis for themselves, to try it on for size and notice whether it reflects their experiences, or not.

Don’t:
1) Don’t use a test, most of which employ judgmental terms, and measure outer expressions of pain and stress instead of the inner experiences of poor health which are at the root of these symptoms.
2) Don’t apply a diagnosis from the outside, without reference to the child’s internal experience of what works, what doesn’t, and why.
3) Don’t allow children with ASDs to believe that they are bad, wrong, or in any way at fault for inappropriate cultural priorities that have flattened increasing numbers of the people who should be our lead geniuses, creatives, and problem-solvers (and were, in less problematic cultures and generations).
4) Don’t isolate the child from positive expressions of ASDs before revealing the diagnosis. Children hear things, and ASD diagnoses are mud-slung these days the way lezzie, spaz, and retard were in the 60s and 70s.